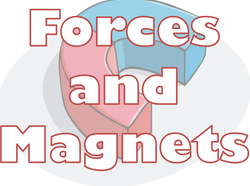 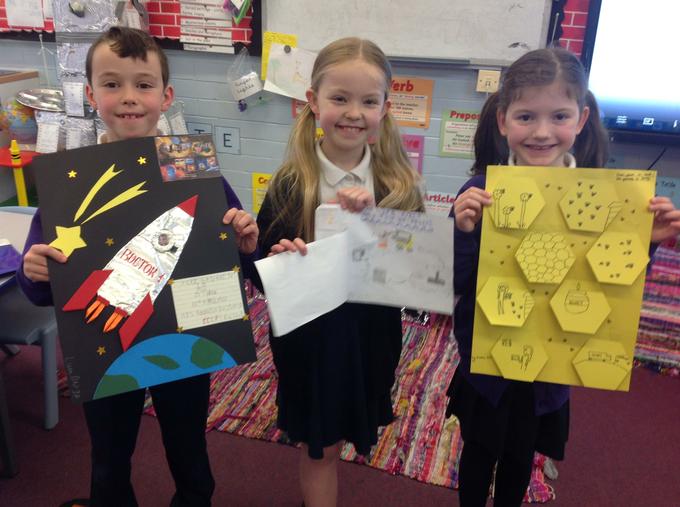 We were then involved in a practical group activity. Our task was to test a range of items and sort them on a Venn diagram according to whether they were magnetic, non magnetic or both.

This week we continued learning about forces, in particular pushes and pulls. We found out about

Rube Goldberg machines. These are machines intentionally designed to perform a simple task in an indirect way. We looked at a Wallace and Gromit manual and studied the designs. Some were really funny and were designed to complete some very unusual tasks!

We then designed our own machines and described how they operated. 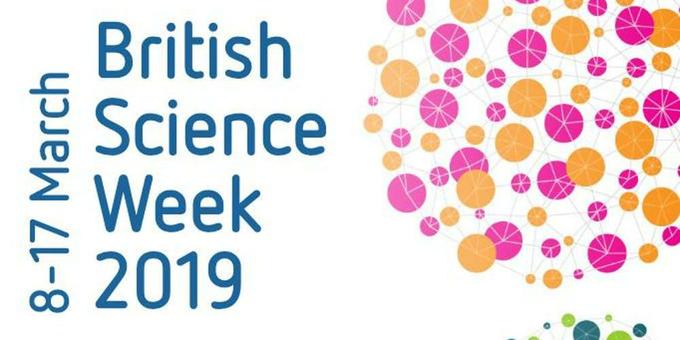 We conducted an Investigation to find out the answer to the question: ‘Does the surface of a ramp make a difference to the distance a toy car can travel?’ We tested 5 different ramp surfaces, rubber, perspex, sandpaper, corrugated card and carpet.

We know that to be Scientific we need to be accurate and we know the importance of a ‘fair’ test.

We know we must keep some things the same but change others. These are called variables.

We made our own predictions, conducted the investigation and then interpreted the results before writing our conclusions.

We started our new topic by playing a game called “Furious Forces.” We worked in small groups and were given a bag of objects, such as a foam ball, peg, string, calculator and scissors to name a few. We were then timed to think of as many verbs as possible to describe a force acting on the objects for example, twist, press and stretch. We discovered all the forces could be divided into either a push or a pull. We then thought of our own examples of pushes and pulls and those actions that can be both.